Lewis Holdway Lawyers used a pro-active approach to conflict resolution between our client and an insurer who refused to indemnify (pay). By arranging mediation between the two parties, a positive resolution was achieved.

This removed the need for aggressive confrontation and costly legal expenditure, and produced a win-win situation.

Rather than moving forward with a potentially costly and distressing court case, we invited the insurer to participate in an arranged mediation with our client.

By using advanced mediation tactics, Lewis Holdway Lawyers were able to resolve the issue out of court. The insurance company agreed to pay out the majority of the claim and the client got the wreck back to restore.

The savings to our client were significant. Not only did he receive a substantial payment from the insurer, but he also avoided a costly and distressing court case.

Got a dispute that needs resolving?

Talk to the Legal Experts Now 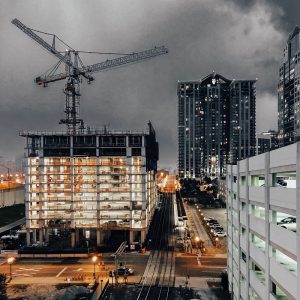 The Building and Construction Industry Security of Payment Act Regime (SOP Act) has proven to be an effective way for sub-contractors and contractors in the construction industry to be paid on time for their services. The SOP Act operates unlike any other piece of legislation. It was enacted to address: protracted and unjustified delays in…

We are delighted to announce that Adren Choon and Reshma Farrer have been admitted to practice as solicitors at the Supreme Court of Victoria.  Lewis Holdway Principals, Natalie Fielding, Paul Holdway and John Wardlaw, said it was exciting for the firm to witness and facilitate the development of Adren and Reshma after both completing combined Bachelor…